Close Encounter of the Worst Kind 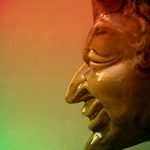 “Be of sober spirit, be on the alert. Your adversary, the devil, prowls about like a roaring lion, seeking someone to devour” (1 Peter 5:8).

My friend Mark walks in an uncommon anointing. Let’s say it is not uncommon for him to see visions, communicate with angels, hear God’s voice and even feel His physical touch. But these aren’t items to boast over. Rather, this closeness to the supernatural world can be quite disconcerting and, as you will see, even menacing. And, to whom do you share such incidents when they sound so far out? Very few.

But as I said, Mark is my friend and he has shared some of his experiences with me and I am privileged in that. This one I’m about to tell regards a severe spiritual attack, and he has given me permission to relate it. Since a common hallmark of such attacks is isolation and confusion, it would be quite helpful to see behind the scenes. In this case, watch how the Lord lifted that veil for Mark so that he understood the attack for what it really was. Here’s how Mark describes in his own words what happened on a Saturday night some years ago.

First of all, I was about four years into what I can only call an open heaven at my house. It seemed that the veil between the natural and supernatural realm was so thin that all I had to do was sit down and say, “Lord, here we are. We invite you to visit with us. We want to be with you. We want to hear from you. Do whatever you want.” Usually, the atmosphere would instantly change and heaven would invade my family room once again. During this time, five different people who had no idea about what was happening at my house saw Jesus appear to them while they were there.

On this particular night however, I came under the most horrific and powerful demonic attack I’d ever experienced. Such overwhelming doubt filled me that I felt as though I was going to lose my mind. I can only say that the level of oppression was off the charts. I was crumpled over with a total loss of strength.

I’ve experienced my share of warfare through the years, but this one’s magnitude more than matched the highest level of revelation and visitation I’d ever experienced from the Light side. I did all I could to break it’s hold on me but it was hopeless. I crawled into bed hoping to make it through the night. Maybe it would all disappear by morning. When I woke up it was only worse.

Now it was Sunday and I literally forced myself to drive the fifty minutes to church. I stood during worship even though I remember wondering how I had the strength to stand. The Lord spoke to me and said, “A high level entity has been assigned to take you down and out if possible.” I forced myself to stay through the service because I didn’t want the pastor to think I was upset about something or that I was walking out on his sermon.

I ran out as soon as it was over. The horror remained upon me. It took everything I had to get to work the next morning. Returning to the office after lunch I had to pull myself up the sixteen-step stairway to the second floor by reaching both arms onto the railing and yanking myself up with great difficulty. I was bent over and thinking that this might be the day I die. I cried out to the Lord in desperation, ”Lord Jesus, if you do not intervene I am a dead man. I won’t make it through the day. No scripture confessions, no covenant demands, nothing can ever deliver me from this but a Divine intervention. Otherwise, I’m a goner.” I’m serious when I tell you I sat down at my desk and waited for the end to come!

About a half hour later, something physically touched my right side about half way down my ribs. A massive cloud of darkness appeared all around me. I was engulfed in an eight-foot circle of brutal darkness. Oh! I thought to myself, now I understand.

As soon as I saw this, a ball of brilliant light appeared in my spirit/gut. It began to shoot up and out laser-like beams of light into the darkness that engulfed me. It kept punching holes in the darkness until it all disappeared. I was totally delivered within about two minutes. It took a couple of hours for the residue of evil to clear away completely. Upon reflection, I think it gave me new meaning to the song, “He Touched Me”.

Nothing like this has happened since—thank God! Yet I did go through it and for that I can also say, “thank God.” It gave me something that perhaps I could not have had any other way: I have no doubt now WHO my deliverer is.

Perhaps you have not experienced spiritual warfare quite this intense. Yet Mark’s behind the scenes glimpse show us what spiritual warfare often looks like. We can draw from this glimpse for ourselves the next time we are hit by that “roaring lion, seeking someone to devour” (1Peter 5:8).

First, Mark’s soul was slammed with overwhelming doubt. The key word is overwhelming. For you it could be hopelessness, despair, lust, jealousy, revenge–you name it. None of these things come from God and yet, in the heat of the moment, we are prone not to differentiate between our own emotions and those coming from a source outside ourselves. And note the suddenness of the attack. If you feel blindsided with negative emotions, beware the deceiver at work!

Second, Mark was the target of a demonic assassin who was charged with taking him down if possible. The Lord graciously told him the root of the attack against him. But even if God doesn’t speak as clearly to you, that is still what is going on. No reason to be confused about what is really happening. Remember what God says, “If anyone fiercely assails you it will not be from Me”(Isaiah 54:15).

Finally, there are many ways to respond to demonic attacks, but I think Mark’s is one of the best. He simply came to the end of his own resources and recognized his own spiritual poverty. This was bigger than anything he could handle and he knew it. So when Mark confessed that unless he had divine intervention, he was a goner, he was praying an extremely powerful prayer. Listen to this from King David: “Hasten to me, O God! Thou art my help and my deliverer, O Lord, do not delay” (Psalm 70:5).

Within a half hour of his prayer, Mark was completely delivered. Hang on! Every attack does come to an end. Whatever you might be going through will not last forever. Only hold tight in the truth of WHO is your deliverer.