Great Prayers of the Bible: Jonah’s Prayer Out of the Depths

“I cried from the depth of Sheol; You heard my voice.” 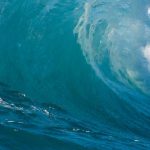 The story of Jonah and the big fish (we don’t know that it was a whale) has always been tremendously popular reading, especially with children. That’s easy to understand because it has all the elements of great drama. Rebellion, storms at sea, swallowed alive inside an enormous fish, survival, risky business in an alien land–it sure works like a modern day comic book adventure. Couple that with the fact that the whole story is packed into four brief chapters and you can see why it has always had universal appeal.

Because it is so action packed it would be easy to overlook the fact that within Jonah is one of the great prayers of the Bible. Tucked into Chapter 2 is a profound prayer that Jonah prayed from inside the fish’s belly. This was a prayer of acknowledgement of God’s sovereignty, a final surrender to God’s plan and a prayer of faith for deliverance. Let’s do a quick review on why Jonah was in this predicament in the first place.

Jonah was a prophet living in a time when Israel was severely harassed by the pagan Assyrians, Israel’s long standing enemy. God told Jonah to go to the Assyrian’s chief city, Nineveh, and preach against their wickedness and call them to repentance. The fact that God would offer the Ninevites an opportunity to repent made Jonah mad. He did not want any mercy doled out to this hated enemy. So he got on a ship going in the absolute opposite direction in order to get out of God’s presence and hopefully away from being used in God’s plan. But it didn’t work.

Jonah in the deep

While at sea, God caused such a severe storm to arise that the ship’s crew cast lots to see who was responsible for what they assumed correctly was a divine calamity. The lot fell to Jonah and he admitted that he was the culprit and he told them to throw him overboard so that the sea would become calm again. It probably seems strange that Jonah would suggest such a thing. One way you could look at it is that he didn’t want to follow God’s plan for him so badly that he would rather die than do it. Now that’s rebellion. Or maybe he felt drowning was all he deserved after his direct disobedience. Jonah was a melancholy sort of guy. Whatever the reason; “they picked Jonah up and threw him into the sea, and the sea ceased from its raging.” (Jonah 1:15)

The Bible says; “Now the Lord had prepared a great fish to swallow Jonah. And Jonah was in the belly of the fish three days and three nights.” (1:17) It is in this predicament that Jonah prayed his great prayer. Notice that God is the one who prepared the fish and in this act he demonstrated his sovereignty – and also his mercy. He did not allow Jonah to be drowned because he still had a plan for his life and he still had a plan for Nineveh.

Here is what the prayer says:
“I cried out to the Lord because of my affliction, and He answered me. Out of the belly of Sheol I cried, and You heard my voice. For You cast me into the deep, into the heart of the seas, And the floods surrounded me; all Your billows and Your waves passed over me. Then I said, ‘I have been cast out of Your sight; Yet I will look again toward Your holy temple.’ The waters surrounded me, even to my soul; the deep closed around me; Weeds were wrapped around my head. I went down to the moorings of the mountains; the earth with its bars closed behind me forever; Yet You have brought up my life from the pit, O Lord, my God. When my soul fainted within me, I remembered the Lord; and my prayer went up to You, Into Your holy temple.” (Jonah 2:2-7)

Part description about what happened to him and part prayer to God, we sense an emotional tangle as dense as the sea bottom. I think when Jonah was thrown overboard he fully expected to die. He seemed resigned to it and at the same time a hope was rising from within him because he says; “Yet I will look again toward Your holy temple.” Something from inside him still trusted even though he also felt that he had been cast outside of God’s sight – outside of God’s favor.

He must have come awfully close to death because he says that “the earth with its bars closed behind me forever” and then in the next moment he acknowledges that God brought his life back from the pit. His best moment is when he says that when his soul fainted within him, he remembered the Lord. It is the moment of the surrender of his will. He would no longer turn and run the other way; he would no longer fight the plan of God; he would no longer rebel.

Jonah is now ready to cooperate with God as he states in verse 9; “But I will sacrifice to You with the voice of thanksgiving; I will pay what I have vowed. Salvation is of the Lord.” After some 72 hours in the belly of the fish he vowed that he would now do whatever God wanted him to do. That’s what God was waiting for. The next verse tells us that “the Lord spoke to the fish, and it vomited Jonah onto dry land.” When the Lord said a second time to go to Nineveh, Jonah went and preached God’s message to the great city.

The book of Jonah is the story of the sovereignty of God. Sovereignty means that God is ultimately in control of, well-everything. History, kings and rulers, the seas and the land, weather, the destiny of great cities, the path of a man. It also is the story of God’s compassion. Maybe Jonah didn’t want Nineveh to repent but God did. He wanted to show them his mercy in spite of the fact that they were heathens who did not worship him or follow his ways.

Okay, you might say, but what makes Jonah’s prayer so great? Jonah’s prayer is great because he finally surrendered. The story starts with a hard hearted and rebellious man who ultimately bowed his will before a sovereign God and obeyed. Jesus tells a similar story in Matthew 21:28-32 of the New Testament. A father had two sons and he told each of them to go work in his vineyard. The first son said “I will not”. But then he regretted his decision and went out into the field to work. The second son said he would go but then did not. Jesus asks which of the two did the will of his father. The answer, of course, is the first son who initially refused.

God did not reject Jonah because he disobeyed; in fact, he patiently kept pursuing him and protecting him until he had a change of heart. This is good news for you if you have been in rebellion or disobedience. God will give you another chance. Maybe you are in a mess right now because of your own choices; maybe you are reaping what you have sown. Because of that you may have felt that you couldn’t expect much help from God or that there was no way back to God’s plan for your life. It should comfort you to know that God is still sovereign and he is still in the forgiving and restoration business.

If this is you, surrender is your key. Finally, once and for all, surrender your whole self to God’s will and be determined that you will obey from now on no matter what he tells you to do. Then see what happens. You may have your own “Big Fish” story to tell someday. When you do, be sure to share it with us at Hannah’s Cupboard.

Read next about
David’s prayer.