How to walk in integrity on the job 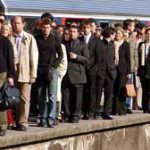 I don’t know whether you love your job or hate it. If you are doing for wages what you are gifted at and enjoy, you are blessed indeed. On the other hand, maybe you had to adapt your life and take a job where you are mismatched in order to survive financially.

My own experience in the corporate world for twenty six years was probably a mixture of the two. I was pretty good at what I did but I never LOVED it and always longed to do something that would truly satisfy my soul. I often struggled with making the work meaningful and figuring out how to use it as a service to the Lord.

Do you have any similar thoughts? We are called to be witnesses in our marketplace but what is the right way to do that in our secular environment? How do we maintain integrity even if unrighteousness rules around us? How do we keep our eyes on the big picture, especially if our own duties seem meaningless in an eternal context?

Let’s look to Daniel for help, a giant of a man in the Old Testament. Yes, he is known for fantastic visions and dream interpretation and End Time prophecies. But there is something else better not overlooked. Daniel had the modern equivalent of a management job working for a pagan company (Babylonian empire) with a succession of ungodly bosses (kings of Babylon). He successfully survived workplace challenges that none of us will ever face. So Daniel has much to teach us about how to do it well.

Our man was in a job he never applied for and didn’t particularly want. He was part of the spoils of war. King Nebuchadnezzar ordered the finest young men to be brought back to Babylon after he conquered and destroyed Jerusalem.

Daniel, along with three friends, was “educated three years, at the end of which they were to enter the king’s personal service.”(Daniel 1:5) That’s quite a long orientation program wouldn’t you say? They had to become proficient in the language and literature of their captors and were expected to assimilate into their new culture since they would never be returning home. I might say “now that’s job security” but it wouldn’t really be the case. When the mood stuck him, the king would often “downsize” by removing heads. Or office intrigue (an evil plot) might spell a worker’s demise at any time.

If you read the entire book of Daniel you will not find even one thing wanting in his conduct either personally or professionally. I find no sin recorded of this great prophet and administrator and we all know the Bible is not shy about reporting the faults and flaws of either kings or slaves.

What can we take from Daniel’s behavior in his marketplace and apply it in our own thousands of years later? There are three things that stand out to me.

Be the chief cheerleader for your company’s success

Daniel worked under several different kings in Babylon and found favor with each of them. That is not because he was a “yes” man – in fact quite the opposite. But each ruler reigned more successfully because of Daniel’s skill, gifts and dedication and they knew it.

Daniel’s loyalty was trustworthy as was his genuine concern for his “company.” He could have been bitter and hostile and he could have done the minimum to get by in a strange culture that did not serve or acknowledge the true God. Instead, under Darius for instance, “Daniel began distinguishing himself among the commissioners and satraps because he possessed an extraordinary spirit, and the king planned to appoint him over the entire kingdom.” (Daniel 6:3)

Wherever you find yourself in the workplace, root for your company. Apply your gifts and talents toward your company’s prosperity. Don’t badmouth your bosses even if they are terribly ungodly; they probably are not as bad as those Daniel worked for. Beyond that, pray for your company’s success which will ultimately produce more success for you.

Esteem God rather than man

Daniel knew who he really worked for and that was not to be compromised – no matter what. From the day Daniel got his new job he made it very clear that he served God first and the king of Babylon second. That is why he requested only vegetables and water to eat during his training period.

He was willing to serve the king with his talents and skills but his heart belonged to his God so he continued in the dietary practices of the Jews. Again, no compromise! Setting that standard up front probably made it much easier to say some of the hard things he had to say to Nebuchadnezzar and Belshazzar.

Daniel was always honest yet he used his gifts of discretion and diplomacy and therefore found favor anyhow. Like Daniel, make the decision to never lie or be pulled into any type of deceit within the company or with clients on the company’s behalf. (Wouldn’t that decision have been a good one for the Enron executives way back when?)

In your current job, keep your eyes on who you really report to. No matter what your responsibilities are, whether weighty or menial, do them as unto the Lord. “With good will render service, as to the Lord, and not to men.” (Ephesians 6:7) Do not be a “man pleaser” but a God pleaser first and watch how that will make you a better worker. It is then likely that you will find favor the way Daniel did.

Let your job be a platform for your gifts

ALL of Daniel’s gifts were used by God within a foreign pagan culture in the service of mostly ungodly kings. God is not limited by our real world job and can use our gifts in our marketplace in the same way.

Sometimes we separate ourselves into two people; who we are at work and who we are in our church or Christian environment. We don’t readily see that the spiritual gifts given to us by the Holy Spirit can find a valuable outlet Monday through Friday, eight to five. But it IS true.

I have a gift of teaching and as I look back at my corporate years I now realize how often I used it. How do we know that the natural use of our spiritual gifts doesn’t have a supernatural purpose from God’s vantage point? Only eternity will tell.

Daniel was a gifted administrator and prophet and he never used those gifts anywhere except the marketplace God assigned to him. He had no idea we would look back and examine his life and seek clues to the End Times in his dreams and visions. He was simply faithful to his call and it was a difficult call. Maybe yours is too.

Do you love your job or do you hate it? Either way, be a WITNESS in your marketplace. The way you do it now is more important than you think – in God’s hands!In the interest of space I have not given some of the detailed backup from scripture I would have liked. I hope that will lead you to read the book of Daniel for yourself, especially chapters 1-6.