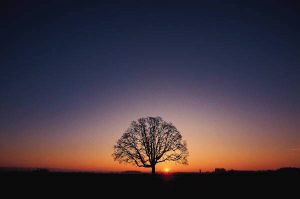 “How shall we picture the kingdom of God, or by what parable shall we present it? It is like a mustard seed, which, when sown upon the soil, though it is smaller than all the seeds that are upon the soil, yet when it is sown, it grows up and becomes larger than all the garden plants and forms large branches; so that the BIRDS OF THE AIR CAN NEST UNDER ITS SHADE.” Mark 4:30-32

In this parable, is Jesus comparing the mustard seed to his church as a whole or to us as individual believers?

To what degree has the Church today become the mustard seed all grown up? How much influence does it have in the world? How big are its branches? How many people are nesting in its shade?

I think it is worth noting that before Jesus came and spoke this parable, there was a prophecy about it in the Old Testament. “On the high mountain of Israel I will plant it, that it may bring forth boughs and bear fruit and become a stately cedar. And birds of every kind will nest under it; they will nest in the shade of its branches.” (Ezekiel 17:23)

Some people think of the God of the Old Testament as harshly spewing out judgments but that isn’t true at all. He reveals himself over and over as a tender father who always wanted to provide help, rest and shade. This passage in Ezekiel is a perfect example of that. God also wanted his own people to be the main gathering place for his blessings to all of mankind.

Now we return to the New Testament and these words of Christ. They must have been puzzling to the listeners. What on earth did they mean? The Jews may have understood themselves to be God’s chosen people but they certainly weren’t a full-grown mustard tree in their day. Rather, they were severely oppressed under the thumb of the Roman Empire. It was that empire which would have appeared to have all the leafy branches.

Actually, they were in the “seed” stage right then but they didn’t yet know it. And the tree that would grow up from such a small beginning was always meant to affect the hearts and souls of mankind rather than its political systems. “For you have been born again not of seed which is perishable but imperishable…” (1 Peter 1:23) Regardless of who is in charge of the world’s governments, the mustard tree can flourish; can provide big branches and shade for all life’s weary travelers to gather.

So how’s that working today? Is the church as big and flourishing as Jesus said it should be? I asked in the beginning if the Lord was talking about his church or about us as individuals. If we think of the church as an institution we don’t need to think about our own part in how much shade is being provided. But what is the church except the people of God? We have to look at individuals to find out if the tree is flourishing. That means you!

If you are born again you started out as a small seed just like we all did. Faith took root in your heart. The question is: since then, how has it grown? I have a Linden tree in my front yard and it is tall and healthy. Yet at the base there are always little shoots trying to sprout. They don’t produce anything of value; they just sap energy and nutrients from the rest of the tree until I remove them and put sealant on. Some Christians are like that. They never provide shade for anyone else because they are too busy clinging to the base sucking up everything they can from the tree above them. Immature and weak, that kind will never produce the prolific tree Jesus wanted.

The smallness of our beginning has nothing to do with the outcome of our tree. In his parable of the Mustard Seed, Jesus is letting all believers know they have an equal shot at being the largest, leafiest, shadiest plant in the garden. Isn’t that encouraging? But there is a caveat. We have to be willing to grow up. No sitting at the bottom of the trunk sucking off energy. Grow up in faith. Grow up into maturity and therefore fruitfulness. It’s what we are ALL called to. What size mustard plant will you be?

Evaluate yourself on the basis of how much you take from the Church as opposed to how much you give. Do you more sit under the shade or do you provide the shade?

Being honest with yourself, in what area of your life are your branches the leafiest and in what area are they the skimpiest? What is your strategy to grow up more?