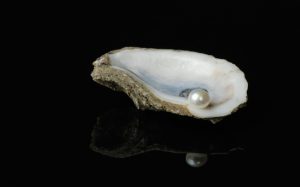 “Simon, I have something to say to you.” And he replied, “Say it, Teacher.” “A certain moneylender had two debtors: one owed five hundred denarii, and the other fifty. When they were unable to repay, he graciously forgave them both. Which of them therefore will love him more?” Simon answered and said, “I suppose the one whom he forgave more.” And He said to him, “You have judged correctly.” Luke 7:40-44

What’s the worst thing from your viewpoint that Christ has forgiven you of? Do you ever still feel guilt over it anyhow or do you feel free?

What is your debt load?

When I surrendered my life to Christ it was not because I felt a great sin load that I needed to be delivered from. Yes, I realized I had made a huge mess out of doing things my own way. Still, it was not my sin that drew me to the cross and the first few days all I felt was relief, rest and peace. The rightness of the decision settled well in my soul.

Before long though, the Holy Spirit arranged for me a private showing of my life. Like a movie in slow motion, my sins began to pass before me producing a deep sense of conviction. Surprisingly this did not produce guilt. Instead, it brought acute grief that I had been so rebellious and hardhearted and that I had deeply injured the true lover of my soul. Each time I remembered a sin I would repent of it and ask forgiveness. Finally, after about a week or so the movie seemed to come to an end and there was no sin left. I was free.

At that point in my life I truly felt like the debtor who owed the five hundred denarii. How had I been so stupid? How had I ignored God for so long, especially when I knew better? He had tried to woo me away from disastrous decisions and bad consequences but I wouldn’t listen. I had been raised within a Christian framework but had turned my back on it. I felt so grateful that “while we were yet sinners, Christ died for us.” (Romans 5:8)

As time went along I lived the Christian lifestyle and made wiser decisions. I knew I wasn’t perfect and never would be but I wasn’t involved in any gross sin. I was trying my hardest to serve the Lord every day and in every way. Gradually, it wasn’t so far fetched to feel more like the debtor who owed the fifty denarii instead of the five hundred. My mind shifted almost without noticing. After a time, it was easy to fall into a trap that was set from behind.

Is that the trap Simon the Pharisee found himself in when Jesus presented the parable to him? Simon was one of the “good guys” serving the one true God. He studied the Law constantly and obeyed it. He wasn’t involved in any gross sin. He was even “open minded” enough to invite the new Rabbi on the block (Jesus) to come to his house for dinner. If the guy had anything good to say, he would listen.

While dinner was being served (probably in an open courtyard within the Pharisee’s compound) a woman came. She was not like Simon. She had an acute sense of her own sinfulness; so much so that she didn’t care who saw her or whether she made a fool of herself. “Standing behind Him (Jesus) at His feet, weeping, she began to wet His feet with her tears, and kept wiping them with the hair of her head, and kissing His feet, and anointing them with the perfume.” (Luke 7:38) She recognized that Jesus was not just some run of the mill teacher but the Messiah and she wanted forgiveness and a new life.

Simon observed her display and how did he react? Since he saw himself as ten jumps ahead of her spiritually he judged Jesus for not rejecting her. His view was that if this man were a prophet he “would know who and what sort of person this woman is who is touching Him, that she is a sinner.” (Verse 39)

Jesus knew perfectly well how Simon was reasoning in his heart and so it was then that he told him the parable. After Simon answered his question about which debtor would love the moneylender more for forgiving the debt he proceeded to compare Simon’s treatment of him to the woman who was a publicly known sinner. Simon had barely given Jesus the minimal courtesy due a dinner guest but the woman had more than filled his lack.

The Lord wisely stated in the end that, “’he who is forgiven little, loves little.’” (Verse 47) Simon sadly did not see himself as a great debtor, which actually made him a bigger debtor than the woman who recognized her sin. The woman who figuratively owed the five hundred denarii got to hear these words from the one who has the power to forgive and restore: “’Your sins have been forgiven…Your faith has saved you; go in peace.’” (Verse 48 & 50) Simon went away empty handed because he never put his hand out.

What about you? I return to my initial question: whom do you identify with more? It is easy to become Simon even if you initially started off as the woman. I know. One way to tell if you are turning into a Simon is to notice how much you judge other people. The one who owes a great deal barely notices how much anyone else owes.

Rather, remember from the parable that neither of the debtors had the money to repay what was owed so the moneylender “graciously forgave them both.” You can’t pay back your own debt no matter how much or little you owe so you are in the same boat as every other sinner in the world. That levels the field a bit. It also puts the spotlight on the one who forgives instead of us. He is the gracious one. He forgives and he can send us on in peace.

It’s a good idea to keep the parable of the two debtors handy whenever we begin to feel we’ve “made it” or when we start to feel ten spiritual steps above those “other poor sinners.” That’s our first clue that a little “Simonitis” is slipping in. That’s when we become those who love little. Wouldn’t it be so much better to owe much and therefore love much?

Are there times when you are judgmental and critical of other people? What does that tell you about how much of Simon is in you?

Would you make a fool of yourself like the woman who interrupted dinner if you could get peace and freedom from Jesus?