The Wise and Foolish Builders 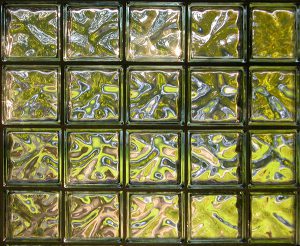 “Therefore everyone who hears these words of Mine and acts on them, may be compared to a wise man who built his house on the rock. And the rain fell, and the floods came, and the winds blew and slammed against that house; and yet it did not fall, for it had been founded on the rock.

Everyone who hears these words of Mine and does not act on them, will be like a foolish man who built his house on the sand. The rain fell, and the floods came, and the winds blew and slammed against that house; and it fell—and great was its fall.” Matthew 7:24-27

What does Jesus mean by “these word of Mine”? What teaching was he referring to?

What rain, floods and winds have you weathered in your life? What happened to your house?

Jesus’ teaching is the rock

We often think that founding our house on the rock means founding it on Jesus himself because one of his names in scripture is Cornerstone. Isaiah prophesied this about him hundreds of years before he was born: “Therefore thus says the Lord God, ‘Behold, I am laying in Zion a stone, a tested stone, a costly cornerstone for the foundation, firmly place. He who believes in it will not be disturbed.’” (Isaiah 28:16)

But Jesus didn’t really say that our house would stand or fall based on himself as our rock but on whether we followed his teaching. What teaching was he referring to? If we back up in scripture we find a plethora of commands for day-to-day living beginning in Matthew Chapter 5 with the beatitudes and the Sermon on the Mount.

A few of the highlights besides the famous beatitudes include how to pray (The Lord’s Prayer), fasting, where to store up treasure, how to handle anxiety, seeking God’s kingdom first, judging others, treating others as you want to be treated, asking and receiving, entering by the narrow gate, how to tell false prophets, etc. etc.

Right before he begins the parable he says this: “’Not everyone who says to Me, “Lord, Lord,” will enter the kingdom of heaven, but he who does the will of My Father who is in heaven will enter.’” (Matthew 7:21) Jesus ties our success in standing through storms to ACTION we have already taken—doing the will of the Father.

In a certain way, that doesn’t make sense to me. Suppose financial ruin comes. That might be the rain. Or divorce hits. Perhaps that is the flood coming. The winds blowing might be a severe health problem. Those are the kinds of calamities that can shipwreck our faith. It is often in trials and suffering that we get sidetracked, begin to doubt God’s goodness and end up falling away from our first love. In other words, “our house falls.” So now, following his commands beforehand would have prevented the fall? How?

I think I understand better when I remember a severe car accident I had years ago in which my sister was a passenger. I was driving and we were hit on the driver’s side with such force that my car was totaled. We were both badly shaken and taken by ambulance to the emergency room of the nearest hospital.

There were no major injuries to either of us and we were released but given fair warning of what to expect the next day and the next day. “You may feel sore now but that’s nothing to what it’s going to feel like tomorrow. Usually the third day is the worst and then things will start turning around. Expect to be in pretty severe pain tomorrow. Here’s pain medication for what’s coming.”

That’s exactly what happened to my sister but not to me. I was sore and in pain the day of the accident but things didn’t get worse the next day; rather they got better. And by the third day I felt almost as if the accident hadn’t happened. Hmmm. Why didn’t my body follow the predictable pattern? I figured it out fairly quickly. I had been doing regular aerobic and strength training workouts for more than a year. My muscles and body had a firm foundation and were able to take a hit like the car accident with less impact than was normal. My sister had no such thing in place.

The workouts prepared my body to take a hit even when there was no direct correlation between them and getting slammed in the side. I didn’t do the workouts with the anticipation that they would someday protect me in an accident but that was still a side benefit. When we follow the teaching of Jesus we don’t necessarily have in mind that doing so will protect our house from falling when a disaster comes but we get that side benefit anyhow.

Jesus tells us that actions speak louder than words. He tells us that when we lay a foundation of actually walking the walk instead of only giving verbal assent to his commands, our house will stand. The parable of the Wise & Foolish Builders is not stand-alone. In order to understand and apply it we must back way up to all the scripture that goes before it. There is great reward for doing so.

The rains, floods and winds are sure to come. That’s a certainty in this life. Will you be a wise or foolish builder for their inevitability? What is your house built on?

James 2:14 says, “What use is it, my brethren, if someone says he has faith but he has no works? Can that faith save him?” Can you see any connection between James question and the parable Jesus was teaching?

Is there a teaching of Jesus you believe in but don’t actually do? Does the parable motivate you to start?