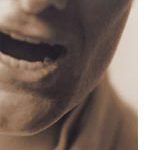 The prophetic gift is a wonderful blessing to the church. Since a true prophet is a mouthpiece of God it is delightful when we can listen at the door to the Almighty’s throne room so to speak. We are edified and encouraged. Accurate prophecy can certainly give us fresh hope. On the other hand, prophecy exercised falsely or without discernment can cause the deepest of wounds.

A great number of people have written me about extremely bad marriages (some of them dangerous and abusive) where personal prophecy or a dream they considered prophetic played a part in their decision. Perhaps there were some red flags and their friends and family saw what was coming and warned them but they went ahead because they believed this person was God’s plan for them. A prophet told them this is the one they would marry.

There are other life issues too. What about career choices or relocation or investment options or calls to ministry? We know that Timothy was called into his ministry through prophecy. “Do not neglect he spiritual gift within you, which was bestowed upon you through prophetic utterance with the laying on of hands by the presbytery.” (1 Timothy 4:14) So it is true that prophecy can play a part in our destiny.

Still, what safeguards can protect us if the prophet is off base—when they actually see not at all or only in part as the apostle Paul mentions in his letter to the Corinthians? To be wise, we need to understand that possibility.

Every prophet is not a true prophet and every word uttered is not direct from God’s lips. Even with the best of intentions the prophet can fail to use good judgment as he/she prophesies. Additionally, the recipient can fail to properly test the word before accepting or rejecting it. Damage can result.

I’ll share an incident from my own past. I once knew a man who was a mature believer in my church who spoke a word over me. He was someone who often gave public messages in tongues during service and there was always an interpretation. We went to some of the same prayer meetings together so I knew him and his wife fairly well.

He told me that a certain thing was going to happen in my life within one year. The issue was a deep one to me so I was excited and hopeful. I certainly wanted it to happen. Since he had a proven ministry I felt he was trustworthy. I watched and waited.

After nine months had passed with no change in my situation I began to suspect that I was going to be deeply disappointed. I was right. The year came and went with no fulfillment. Not a word was ever said about it and perhaps he didn’t even remember what he had spoken. I was the one who had to pick up the pieces after a severe letdown. Thank God I made no decisions based on this false prophecy.

What went wrong? On his side I believe he spoke out of his flesh even though I feel certain he didn’t do it deliberately. Basically he told me something that he knew I hoped for and that he wanted to be true for me. When a prophetic word comes to us we must evaluate the potential for the influence of the flesh—natural emotions and desires and human yearnings on both our side and the prophet’s.

Time frames are another likely problem. Those well trained in the prophetic know that it is a cardinal rule not to set times on the fulfillment of prophecy. “You will have a child within one year.” “Before next May your house will be sold.” “Your daughter will be married before her 23rd birthday.” It may sound wonderfully hopeful at the time it is spoken but it is only truly hopeful if it actually comes to pass the way it was said. The prophet needs to ask what benefit in saying it is important enough to offset the potential damaging side effects if it doesn’t come to pass in that time.

My own experience pales considerably in comparison to many people I hear about. But I can see that in most cases it could have been far different if only the person had exercised more wisdom to begin with. These safeguards are worth a look before swallowing hook line and sinker any old prophecy that comes your way.

Are you sure the prophet is operating by THE Holy Spirit versus an ungodly spirit or demonic spirit? Know who is speaking to you — their background, their beliefs, their track record. Do they actually have a proven and true prophetic gift? In the case of the man who spoke over me, he was a real Christian and he did have some genuine spiritual gifts. However, just because he gave messages in tongues did not mean he was a prophet and I could have benefited from considering that.

There is nothing wrong with asking questions and reserving judgment until such time as the prophecy actually pans out. And don’t forget the scripture mentioned above, “we prophecy in part”. Even those with a genuine prophetic gift do not usually have 100% accuracy. Sometimes they only see snippets or they don’t have a good sense of timing or their own personality works its way into the prophecy or they simply “miss it.” Missing it from time to time does not invalidate the gift but that possibility should cause healthy wariness in those receiving prophetic ministry.

Any prophecy must match up with the Word of God. There can be no discrepancy between the two because if there is, the prophecy is false – end of matter. God does not contradict himself. Therefore, if a prophecy says to marry a non-believer or someone with addictions or someone with a known violent nature it is not a true prophecy. God would not instruct ANYONE to marry such a person.

Also, it’s foolish to take direction from a single prophetic word. When something is really from God it will invariably repeat and come from different sources. For instance, a twelve-year-old child hears a sermon by a missionary and feels a pull from God to serve on the mission field. As the child responds to an altar call about this a prophet comes along and tells the child that someday they will be preaching in Africa. His own heart is quickened to agree.

Several years later the child’s mother has a very vivid dream of him on the African mission field. At twenty years old he attends a service where a prophet says: “Someone here was told as a twelve year old that they would be preaching in Africa. Please stand up if that’s you. Your time is getting close.” Now there’s a prophecy you can probably take to the bank.

In considering a marriage partner, never rely solely on a prophetic utterance. Many things must line up with such a serious decision such as compatibility both culturally, emotionally AND spiritually. Family members who have red flags about the relationship should be listened to and prayed over. (It is worth a special note here to say that a potential marriage partner should NEVER be chosen thinking that person will change and God will use you to make it happen.)

We all have natural desires and human emotions and nothing is wrong with that. What we have to watch out for is if those things mix in with a prophetic word. We always need to ask ourselves: how much do I want what the prophet is saying to be true? We may jump to believe whatever we are hoping for – that’s just human nature.

To make sure our own flesh or that of the prophet is not in the mix, it’s a good idea to record the prophecy and then lay it aside and look for other confirmation or even proof that the prophecy is real. If God wants you to do something scary like give all your possessions to the poor and take off for a dangerous mission field he will bring that message more than once through more than one means.

Christians have been known on occasion to be gullible and simple minded. Yet we are told to be children of wisdom. “Make your ear attentive to wisdom, incline your heart to understanding.” (Proverbs 2:2) There’s no more important time to observe that admonition than in the area of prophecy. For those who want to save much grief and second-guessing and self-recrimination, wisdom is worth clinging to more than all the prophecies in the world.

Note: Want a little more help understanding the gift of prophecy? Read Holy Spirit Gifts for that and much more.