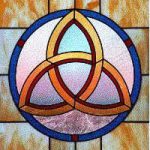 “And there is salvation in no one else; for there is no other name (Jesus Christ) under heaven that has been given among men, by which we must be saved.” (Acts 4:12) Does believing the truth of that scripture make one bigoted and narrow-minded? After all, doesn’t “no one else” leave out an awful lot of great spiritual leaders from the centuries?

Is Jesus really accurate when he says: “For the gate is small, and the way is narrow that leads to life and few are those find it”? (Matthew 7:14) Few? Aren’t we actually all one big happy harmonious human race? Shouldn’t we all respect and tolerate each other’s beliefs because underneath it all don’t all spiritual paths lead to God? Hey, wasn’t Jesus one of the famous “love” gurus?

Recently I was challenged in a very subtle way to see myself as bigoted and intolerant by not agreeing with the great harmonious and homogeneous path for all mankind. It happened over an email exchange with another web site. They contacted me to see if I would put a link to their site on Hannah’s Cupboard and in exchange they would list my website on theirs. In the web world this is a common practice which it is hoped increases traffic to both.

When I looked closely, I found their supposedly Christian site was promoting all religions in a way that seemed inconsistent with the message of the gospel to me. I wrote back and told them so. Here is the response I received in part. “Through these cards (they market e-greeting cards) we want to spread the message of love, tolerance and harmony. All religion speaks of love and harmony. Our religion has taught us to respect everyone and love everyone. So we have put greeting cards of other religions also.”

The implication is that giving equal billing to all religions on their website equates to respect and promotes harmony. Non-agreement represents intolerance and narrow mindedness. That would be the pigeon hole I’m sure they stuffed me into when I declined their offer. Think about it: isn’t this the defensive position the world has been putting Christians in for years? Do we have to choose between truth or tolerance?

But what is truth? If you accept that there is such a thing as absolute truth, it is possible (and even necessary) that untruth be rejected without any danger of being narrow-minded. After all, you are only being honest in labeling things as true or untrue. The problem is that belief in absolute truth is mostly out of favor these days.

Instead, truth today is often just an opinion and each person’s is as valid as the next guy’s. With that kind of mindset, no one person’s opinion is higher than the next. Someone who sets their views above the others is labeled as intolerant and disrespectful.

Is there absolute truth?

On the other hand, I believe absolute truth is what God says it is. Surely as the Creator he has the right to decide. And if you believe that he wrote it all down so we wouldn’t misunderstand, you agree that his Word, the Bible, is the standard against which we measure everything.

Jesus never compromised the truth of his message and yet I can’t think of one instance in scripture in which he was seen as narrow-minded. (Though some hated him for the truth he proclaimed.) In addition, he never went on the defensive and we should also resist being put in that position.

We need to be armed with two things as we navigate our way through the mine field of modern popular philosophies. We need TRUTH and we need LOVE – genuine love to be sure. We need to disagree that these two are incompatible as we stand up for the one in a way that demonstrates the other.

As we hold forth the truth as Jesus did, we need to make sure we do so without smugness or judgmental self-righteousness. This is where Christians have often failed in the past and is a reason why we are sometimes seen as intolerant. Instead, love is our mightiest weapon since “love does not brag and is not arrogant.” (1 Corinthians 13:4)

Let TRUTH prevail in our information age. Isn’t that the single most important piece of information available?