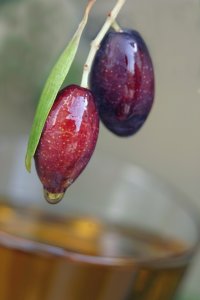 Israel’s first king was a compromiser. Saul started off with the right intentions but he went off track when the going got tough and he ended badly. David, Israel’s second king, was a different story. He had a single-minded heart for God all his days even though he made some mistakes along the way.

They were each installed as king differently too and I wonder if that reflects God’s foreknowledge about the way things would turn out. It was Samuel the prophet and Judge over Israel who did the job both times. But he didn’t do it the same way.

For Saul “Samuel took the flask of oil, poured it on his head, kissed him and said, ‘Has not the Lord anointed you a ruler over His inheritance?'” (1 Samuel 10:1) In the case of David, “Samuel took the horn of oil and anointed him in the midst of his brothers; and the Spirit of the Lord came mightily upon David from that day forward” (1 Samuel 16:13).

Big deal you might say: a flask or a horn, who cares? Though both are containers, think about this: a flask is man made and a horn is God made (being from a animal who had to die to provide it). It’s an interesting detail worth considering in your own life especially if you are serving God at great personal sacrifice.

Think about Saul and David. The greater the price – the more that needed to die in you to get you there, the greater the anointing. For a greater final outcome, wouldn’t you rather be anointed with a horn than a flask?