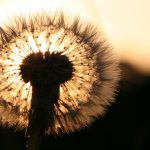 Paul knew it was true for him. He wrote a letter to his spiritual son Titus and told him that he had been chosen of God for all those who were then coming to faith in Christ to impart knowledge and truth to them. God’s plan and Paul’s part in it were “at the proper time manifested” (Titus 1:3)

Some of us don’t have that same unshakable certainty about our spiritual destiny. Well, we should! It is no accident that you were born in this century rather than the 5th or the 13th century. It is no accident who your parents are or in which city you were raised. Which country were you born in? That too was God’s decision and design.

Maybe it’s hard to believe because we feel that our little lives don’t have near the significance of Paul’s or other famous influential people. But if you or I were zapped out of existence God’s plan for our own sphere of influence would be thwarted, incomplete.

Who knows which insignificant detail of your life is going to make all the difference in the world to someone else? You may not know it but to that other person, for them, you were in the right place at the right time.