A Question for the American Church 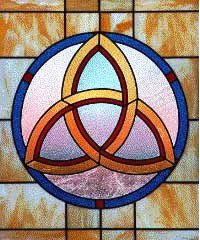 We are a divided nation. Of course in the history the United States there have been some pretty deep differences through the decades. In 1861 a difference arose that was so severe we had a Civil War to settle it. At other times in our history division caused riots, movements, protest and challenges both through rhetoric or demonstrations.

Still, I can’t help but feel that the divide is now at its deepest level. I mean the moral divide. Because our culture is increasingly secular and increasingly hedonistic we no longer share a common perspective of what is right and what is wrong. Sometimes it looks like “wrong” is winning the argument.

I think Israel must have been in a similar place by the time Elijah had a showdown with King Ahab on Mount Carmel. He too saw evil prevailing. As the people were gathered around the mountain he threw out this challenge: “‘How long will you hesitate between two opinions? If the Lord is God, follow Him; but if Baal, follow him'” (1 Kings 18:21).

The church is the “people of God” in existence today, and yet according to recent studies the church doesn’t look much different than the world. To the extent that is true we are casting votes for evil to win over good.

I think Elijah’s challenge needs to be reissued once again today. How long will we hesitate between two opinions? Truly, if the Lord is God LET’S FOLLOW HIM.