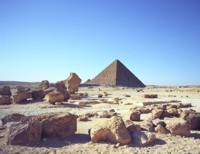 I had the opportunity to teach a small class of seven year olds lately. I chose the story of baby Moses and how his mother hid him in a basket floating on the Nile rather than kill him as commanded. I asked them to remember that when bad things happen, God can bring good out them if you trust him.

At the end of class I asked the children if there was something they learned in the story that they never knew before. One little girl’s hand shot up right away. She said; “Moses’ mother got paid to nurse her own baby!” I had drawn to their attention the fact that the Hebrews were slaves in the land of Egypt and did not get wages for their hard cruel labor (See Exodus 2:1-12).

Well, that is a pretty remarkable thing to remember, isn’t it? What would Pharaoh have thought if he knew his own daughter was paying a slave to disobey his command to drown all male babies in the Nile? On top of that, Pharaoh foots the bill for Moses’ upbringing and education since his daughter adopted him. Did he play into God’s hands or what?

It’s good for us to remember that God is really in charge no matter how much control it appears evil men have for a time. In fact, God often uses the unrighteous to bless His own. Proverbs 13:22 tells us that “the wealth of the sinner is stored up for the righteous.”

If you are the underdog right now in some life situation, don’t fret. Only be sure you trust God over men and keep your eyes on Him. He can bring you back on top and fool your enemy into being His unwitting partner to achieve it.