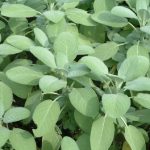 Is Bird Flu or something like it coming? The scientists and experts say it is not a matter of “if” but “when”. For some of us this has very little reality. We can hardly believe the magnitude of the devastation it promises. After all, isn’t this the age of advanced medical knowledge and miracle cures?

When I was young every parent lived in terror of polio but then they came up with a vaccine and that was the end of that. My own children never had mumps, chicken pox or measles like I did. So a few years ago it was hard to understand how the horrible plagues and pestilences mentioned in Revelations were ever going to come to pass.

Now we have the threat of resistant viral and bacterial infections and it’s easier to imagine these various scriptures coming to life. Revelation 18:8 says; “Therefore her (speaking of Babylon which represents the world system) plagues will come in one day-death and mourning and famine.”

How should God’s people react to world news such as Bird Flu and earthquakes and tsunamis and evil men running rampant? We should not respond in fear unless we have thrown our lot in with the world system out of which will come the Antichrist. “‘Come out of her, my people, lest you share in her sins, and lest you receive of her plagues.'” (Revelation 18:4)

Rather, do this: “‘Now when these things begin to happen, look up and lift up your heads, because your redemption draws near.'” (Luke 21:28)