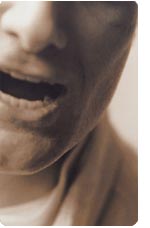 There’s something to be said for hollering a great whooping shout of victory even before a battle ensues. Armies have always found it effective. I was watching a clip from a Civil War movie the other day and as the Captain gave the command to “Charge” all the soldiers began to run forward with a deafening shout.

An enemy gets rattled when their opponent seems confident of victory. It causes them to lose their nerve and fumble and fall into defeat. “Attitude” is a big part of winning a war! So why do we often slink back around the enemy of our soul?

I think we should go around shouting victory every time Satan dares to come against us. There is no way he can win (since Jesus has already secured the victory) unless we quietly surrender to his plan. We should let him know that we know that he is defeated.

Should we actually literally SHOUT? Why not? The physical realm often reflects what is happening in the spiritual realm. It might even wake us up a little bit ourselves if we feel tempted to doubt our pending triumph.

“Shout to God with the voice of joy.” (Psalm 47:1) Why? Because you will win and there is great joy in victory!