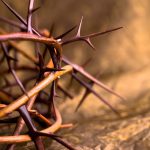 I have a question. How could Moses have considered “the reproach of Christ greater riches than the treasures of Egypt”(Hebrews 11:26) when Christ had not yet been born? Since Moses didn’t know Christ’oh wait a minute’or did he?

The author of Hebrews recounts Moses as one of the faith heroes and says that he refused the rights of his adoption by Pharaoh’s daughter and instead chose “rather to endure ill-treatment with the people of God, than to enjoy the passing pleasures of sin.”

So how did he know Christ? By faith. And actually, isn’t that the same way we know him? Only those relatively few people who walked on earth with him knew him naturally in the flesh. Yet even knowing him in the flesh was not enough for many of those who actually saw and heard him. Many rejected who he really was just as they do today.

Moses knew his true identity. Earthly kings held no sway in comparison to the reality of knowing Christ who existed eternally in the Godhead. “By faith he left Egypt, not fearing the wrath of the king; for he endured, as seeing Him who is unseen.” (Verse 27)

Maybe we should test our own faith against the kind Moses possessed. It’s great to believe without seeing him, but what if reproach or ill-treatment knocks on our door? Will Christ still be our true identity?