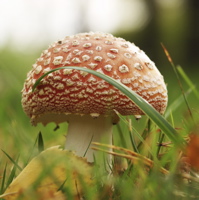 Corrie ten Boom’s family were watchmakers in Holland during World War II but they turned into smugglers as they hid and helped multitudes of Jews escape Nazi Germany. Eventually they were discovered and shipped off to death camps where most died. Corrie saw and experienced incredible cruelty-the darkest side of humanity. Through a “clerical error” she was miraculously released from prison only one week before her own scheduled death.

After the war Corrie saw how deep a need there was for healing and forgiveness through the love of Christ. She ministered and spoke to people in her own country and eventually all over the world. Her book, The Hiding Place details her incredible life.

When she spoke she often held a tapestry in her hands. She always held it so the backside was facing the audience. It looked like a ratty hodge-podge of threads and colors. Then she would speak about how God is able to take all the events of our lives, both lovely and tragic, and weave them into a masterpiece fit for eternity.

She said that God is the Master Weaver and He knows where to start each new thread and which colors go with which. Finally she would turn the piece over and show the audience the front of the tapestry-each thread in place, each color forming a beautiful scene.

Do you see God as the Master Weaver? He is weaving your life right now. It will be a masterpiece – wait till you see it turned over in eternity!