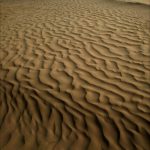 After Joseph’s brothers sold him to some traveling slave traders headed for Egypt, they brought their father his multi-colored tunic. They said a wild beast must have devoured him. “Without doubt Joseph is torn to pieces” (Genesis 37:33).

Jacob grieved mightily because Joseph was his favorite son. He refused to be comforted, saying; “For I shall go down into the grave to my son in mourning” (Verse 35). That’s not how things turned out though. Jacob was missing some important information. He didn’t know that his sons had arranged this treachery and more importantly, he didn’t know that God was at work behind it.

Years later, Joseph was reunited with his brothers. They had reported his death to their father and now Joseph sent them back to report that he was alive. When Jacob heard the news he couldn’t believe it. “And Jacob’s heart stood still, because he did not believe them” (Genesis 45:26). Surely it was too good to be true.

But it was true and Jacob saw his son Joseph again. “And Israel (Jacob) said to Joseph, ‘Now let me die, since I have seen your face, because you are still alive'” (Genesis 46:30).

Are you missing some important information about a terrible event in your life? Does it seem to you that there is no way to reverse the tragedy, injustice, or calamity that befell you? It’s a done deal, you’ve said, and now you just have to live with it. Maybe not. Don’t discount God and His ability to reverse it in a way you can’t fathom right now.

Remember: it’s not over till it’s over.