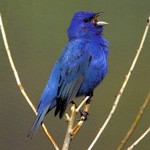 There’s a little known woman in the Bible named Jael. Do you remember her? I usually think I’m a pretty assertive person but I don’t hold a candle to her. No way could I have filled her shoes.

It was during the time in Israel when Deborah was Judge. This was before Israel had kings so she was pretty much governing the country. Deborah and a man named Barak went to battle against an enemy named Sisera and they defeated his army but he got away and fled on foot.

This is where Jael comes in. When Sisera happened upon her tent she took him in and fooled him into trusting her. “Turn aside, my master, turn aside to me! Do not be afraid” (Judges 4:18). She gave him milk to drink and had him lay down to rest and covered him as if she would protect him from inquiries.

After he fell asleep she “took a tent peg and seized a hammer in her hand, and went secretly to him and drove the peg into his temple, and it went through into the ground; for he was sound asleep and exhausted. So he died” (Verse 12). He never knew what hit him but that was the final curtain on THAT enemy.

What if I were as aggressive against my enemy, the devil? Maybe I could finish him off like gutsy Jael. I might even get bonus points. Jael’s bravery landed her in the victory song Deborah and Barak sang after the battle. “Most blessed of women is Jael.” (Judges 5:24) Hey! I’ve always wanted my own song.