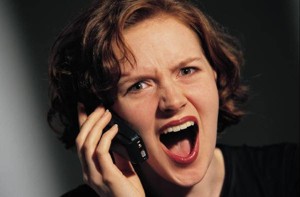 It’s okay to be angry with God. He is a big God who desires our honesty and he can take it. He understands our frustrations, our dashed hopes, our disappointments and our questionings. David was a man after God’s own heart; a man who poured out every emotion – including anger – before God and yet the Lord highly favored him. Read through the Psalms and you will see an emotional smorgasbord: doubt, disappointment, frustration, anger, questions and travail of soul.

Yes, anger is okay but don’t carry a grudge. A grudge will get you in trouble. Recently I realized that I was holding a grudge against God over a prayer that was not answered in the way I desired. It was a fairly small issue which seemed to make it worse for me. I said; “Gee whiz, Lord, it was such a small matter. Couldn’t you just have answered this the way I wanted it?”

Boy was I miffed. I was angry and I expressed it but then I didn’t let it go. I told several people about it. In conversation I continued to make side comments about how unfair it was of God to fall short of the answer I was expecting. It was as if I was going to prove that God was wrong not to have done things MY way.

Finally I realized that the grudge was like a brick being cemented around with resentment which was building a wall – a wall which could shut off my relationship with God. Whoa! That thought hit me like a ton of bricks and brought me to my senses. I repented of my grudge and felt the relief of a clean heart.

Have you felt anger at God over some issue in your life? Tell him all that you feel as you approach him with complete honesty. Yes, he welcomes that. But beware. No grudges!

Now for the audio version: