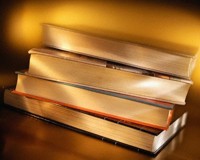 I came across a very intriguing little volume in the library a few weeks ago. It is called Before Freedom, When I Just Can Remember and is a selection of twenty seven first hand accounts by former slaves of the life they remember before the Civil War. These are verbatim interviews taken during the 1930’s in a U.S. government project to record their stories before they all died. The project produced ten thousand pages of typed manuscript, representing two thousand men and women then in their 80’s and 90’s.

Here is what is so intriguing and surprising to me. Most former slaves cite what a good “Marster” (Master) they had. A pretty typical comment goes like this: “Marster Richard was a good marster to his slaves, though he took no foolishness and worked you from sun to sun.” What’s good about that? They often also describe punishments such as whippings and worse and yet continue to hold loyalty and good sentiment toward those who owned them. Additionally, the Yankees who came along and announced their freedom were pretty well considered the enemy by most all accounts.

What would cause this? Somehow, these ex-slaves never completely came out of slavery. Maybe their body did but their soul never experienced the fullness of freedom. Spiritually, some of us are the same way. Just like the Israelites who longed for the “leeks and garlic” of Egypt (See Numbers 11:4-6) and wanted to go back, some of us yearn for the good old days of bondage to sin.

Think about it! Have you received your Emancipation Proclamation when you trusted Jesus as your Savior? Live like it!