That Is Not Acceptable 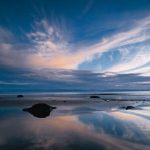 Several of my friends identify me with this phrase: “That is not acceptable!” I first used it while I worked as an Operations Manager for a corporation. A vendor could not deliver what had been promised on time; a deadline was going to be missed because of incompetence; an office procedure could not be changed because “this is how we’ve always done it.” Something would rise up inside of me and I would say quietly but firmly; “that is not acceptable.”

Sometimes we go along and accept the status quo for a very long time. We get so used to compromise and accepting second best and “half answers” that we forget we don’t have to stand for it. “The reason the Son of God appeared was to destroy the devil’s work.” (1 John 3:8) Aren’t we supposed to be carrying on for Jesus until he returns? Why should we put up with even half of what the devil dishes out?

The next time you get hit by demonic forces, stop and think about it a minute. Do you have to take that lying down? Is that God’s very best for you? No? You know what to say then, don’t you? THAT IS NOT ACCEPTABLE!