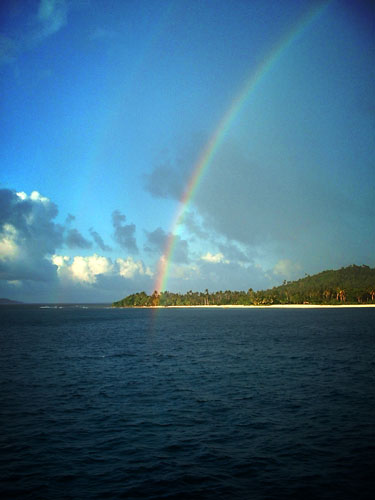 Remember the old telephone game we played as children? Whisper a sentence in the ear of the first person in line and they would whisper it to the next person and so on down the line. The last person said it out loud but it was usually a far cry from what was spoken originally. Then everyone burst out laughing because of how garbled the last word was.

I thought about this game while I was reading background on Noah and the Great Flood in my Archaeological Study Bible. Did you know that most ancient civilizations also have a flood story? For instance, a Sumerian version dates to about the 19th century B.C. In comparison to the one in Genesis 6-9, it seems as garbled as the ending of the telephone game.

Yet, though flawed, it has practical value. It helps confirm the reality of the Flood when scoffers discount it as a fairy-tale. There really was a tremendous deluge upon the earth and God recorded its genuine version in His Word.

Does that matter today since it occurred so long ago? Yes. Think what solid ground we stand on. If the Flood happened so did every other event recorded in the Bible. Better than events, the promises are also true. I need those promises when floods come in my life and I bet you do too.

Have you seen a rainbow lately? It’s a reminder of one such great promise taken from the Great Flood. “‘Whenever the rainbow appears in the clouds, I will see it and remember the everlasting covenant between God and all living creatures of every kind on the earth.'” (Genesis 9:16)

I’ll take that as the last word.