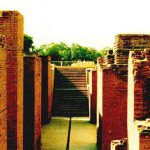 All Eyes on Iraq

The eyes of the world are naturally on Iraq right now because that’s where the action is. Center for terrorism and complicated politics overwhelms the major international news organizations and there are days when it seems that there is no news except what is happening in Iraq.

Though there are many eyes on Iraq right now not all of them are equal. If we look at this ancient Middle Eastern territory from a merely natural perspective we are missing a great deal. Looking at Iraq through spiritual eyes has the greater importance. The way we use our spiritual eyes is to discern what is really going on in the spiritual realm behind the natural events of the place or thing we are studying. This is not always easy and we have to remain prayerful and humble as we ask a lot of questions.

Even though we are looking for the spiritual elements behind the natural, the natural events provide clues. We look at what is given and then work backward. Just as a puddle of water on our floor after a rainstorm leads us back to the leak in our roof, the events in the history of a country both past and present can lead us back to who and what is behind those events.

The Bible Centers in Iraq

Iraq is a very important place on the earth. We know this because so many important events in the Bible center there. Through the centuries, shifting borders create some confusion about this biblical country’s modern day equivalent. However, in ancient times we know that Iraq was part of the larger area known as Mesopotamia, meaning “between the two rivers”. The rivers are the Tigris and the Euphrates and the Mesopotamia valley includes modern day Iraq, Iran, and Syria which were formerly part of the kingdoms of Babylon and Assyria.

What are some of the biblical events in Iraq’s history? Well first of all, Mesopotamia is known as the cradle of civilization because it is there that God planted the Garden of Eden. That’s where it all began with Adam and Eve. No one knows the exact location of the garden today and the Bible says that after Adam and Eve left the garden, God, “placed on the east side of the Garden of Eden cherubim and a flaming sword flashing back and forth to guard the way to the tree of life.” (Genesis 3:24) It’s still there but protected from natural detection.

As mankind spread through this region some men settled on a plain in Shinar and it was there that the tower of Babel was built. At that time there was only one language on the earth. “The Lord said, ‘If as one people speaking the same language they have begun to do this, then nothing they plan to do will be impossible for them. Come, let us go down and confuse their language so they will not understand each other. So the Lord scattered them from there over all the earth, and they stopped building the city. That is why it was called Babel-because there the Lord confused the language of the whole world.” (Genesis 11:6-9)

When God called Abraham, he was living in Ur which is part of southern Iraq. Abraham was called out of the pagan worship which was practiced there and into covenant relationship with the true God. God also called Abraham to a new land which he promised to give to his descendants who would become more numerous than the stars in the heaven. Today this land is modern day Israel but was called Palestine before Israel became a State in 1948. In Abraham’s day it was called Canaan.

The wives of Abraham’s son Isaac and grandson Jacob both came from Iraq so that they would take wives from within their own family and not from the foreign women living in the new land.

Nineveh, where Jonah preached, is in Iraq and because the Ninevites believed Jonah and repented, they experienced a huge revival. The main reason Jonah objected to preaching there is because Nineveh and the Assyrian empire was such a big headache to the Israelites. He did not want blessings for Israel’s fiercest enemy. Later, the ten tribes of the northern kingdom were captured and hauled off into exile by the Assyrians. Those tribes never returned.

After the exile of the northern kingdom, two tribes, Judah and Benjamin, remained in what was called the southern kingdom centered around Jerusalem. Though they lasted about 150 years longer, they too were hauled off into captivity by the Babylonian empire which is also part of Iraq. (Notice the name connection between “Babel” and “Babylon.”) Therefore, all the events from the book of Daniel took place in Iraq in the city of Babylon. Saddam Hussein spent untold millions of dollars in restoration to the ancient ruins of Babylon. He considered himself the modern day Nebuchadnezzar.

The book of Esther is set in Persia which is modern day Iran but was also part of the Babylonian empire.

It had been prophesied that Judah’s captivity would last 70 years and then they would return to Jerusalem. Two Babylonian kings were instrumental in the fulfillment of this prophecy. King Cyrus released Ezra the priest and funded his return and King Artaxerxes released and funded Nehemiah, the great builder and administrator who restored Jerusalem’s city walls.

Some of the information about Babylon in the Bible is futuristic. Babylon figures heavily in the last book of the Bible, Revelation, which covers the end times, the Second Coming of Christ, the Millennium period followed by the new heaven and new earth and then eternity. In the case of Revelation, Babylon is not necessarily literal but represents blasphemy, rebellion, and the spirit of the anti-Christ. There is a woman in Revelation 17 sitting on a scarlet beast with this title on her forehead: “MYSTERY – BABYLON THE GREAT – THE MOTHER OF PROSTITUES AND OF THE ABOMINATIONS OF THE EARTH” (17:5). In chapter 18, describing Babylon’s fall it says; “Fallen! Fallen is Babylon the Great! She has become a home for demons and a haunt for every evil spirit, a haunt for every unclean and detestable bird.” (18:2)

What about modern day Iraq?

Will modern day Iraq, formerly the Babylonian empire, figure into the end time events ushering in the return of Jesus Christ? Are the present day Middle Eastern terrorist groups precursors to the final battle which is called Armageddon? (By the way, the location of the plain of Megiddo/Armageddon is known right now and lies between Gaza and Damascus which is in Syria.) For these questions we need our spiritual eyes and ears.

As we evaluate events and try to discern the times we are living in, it is of paramount importance that we recognize how things run in the spiritual realm. There is a hierarchy of spiritual beings operating both on the side of God and on the side of the devil. Though we can’t see them with our physical eyes, their tactics and strategies manifest results that we CAN see with our natural eyes. Similar to military ranking, these spiritual beings have ranks which carry spiritual authority.

According to Ephesians 6:12, there are creatures called “rulers”, “authorities”, “powers”, and “spiritual forces of evil”. This scripture is in reference to the evil forces under the command of Satan or the devil. (Please see
“Don’t Pray Naked” for more information on armor to protect against these forces.) Additionally, scripture notes other names of spiritual beings such as: angels, archangels, cherubim and seraphim who fight in God’s army.

Remember I said earlier that the events in the book of Daniel took place in what is now Iraq. It is from the book of Daniel that we have one of the clearest ideas about the war that is going on behind the scenes. After Daniel had been praying for three weeks, an angel – probably Gabriel – appeared to him to let him know why it had taken him so long to respond to Daniel’s prayers. He said; “the prince (referring to an evil angelic being) of the Persian kingdom resisted me twenty-one days. Then Michael, one of the chief princes, came to help me, because I was detained there with the king of Persia.” (Daniel 10:13)

Angels, both guardians and adversaries, are set over territories and countries. This was true in Daniel’s day and nothing has changed. Spiritual beings are fighting a battle over good and evil and it is a battle human beings can participate in through prayer. Yes, we can affect the outcome. Right now there is a spiritual battle in Iraq and we are seeing the results of it in the natural. Why is it so intense? Evidently, the stakes are very high and Iraq plays into God’s plan and strategy for this time in history more than we could suspect. If you want to see firsthand some of what God is doing on the earth today, WATCH IRAQ!