Dreams in the Bible -How to Hear from God in Dreams 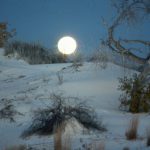 Dreaming is one of the more exotic ways to hear from God. At least we in the Western world feel that way; the other half of the world takes it for granted and in Biblical times it was assumed that God spoke through dreams as a natural part of life. The Bible is chuck-full of dreams that meant something – not just the “pizza dreams” we talk about today.

Dreams in the Bible and their meanings

Dreams have played an important role in both the Old and the New Testament.

Dreams abound in the Bible. We can assume that as God spoke to every category of person in Bible days, he is still in the dream business speaking to us the same way today. There is a growing body of reports regarding “Jesus” dreams steadily rising out of the Middle East, especially to Muslims. Many times, knowing nothing about Jesus Christ prior to their dream, they are instantly converted and have a depth of knowledge that would have been impossible by natural means. I have read of cases where several people within a village have the same dream the same night and whole villages literally come to know the Lord overnight.

Dreams from God are flourishing today but not every dream is of divine origin. How can you tell when a dream is from God? We will look at that. First of all, in a certain sense, all dreams are from God because dreaming itself is a gift from God and all people dream. Psalm 127:2 says; “For so He gives His beloved sleep.”

In the scientific realm, dreaming has been somewhat mysterious but now there is tremendous research going on to better understand why we dream and how often. Even people who claim not to remember dreams do dream. Tests on sleep deprivation prove that sleep and the accompaniment of dreams is a necessity we cannot live without.

Where do dreams come from?

Spiritually speaking, dreams can come from three sources: the demonic realm, the soulish realm (meaning our own mind and emotions) or from God’s Holy Spirit. I want to talk about this third kind of dream which we will call the prophetic dream.

To many people, the word prophetic has to do with foretelling future events but that is only one shade of its meaning in God’s Word. Prophecy is utterance from God and a prophet is one who is a spokesman for God. A prophetic dream is one in which God is speaking something and it may not necessarily regard a future event. For instance,a prophetic dream can bring confirmation, comfort, warning, or direction.

God is probably speaking to all of us through our dreams much more than we can imagine. Many people pay absolutely no attention to their dreams and eventually get to the place where they think they don’t dream.

I happened to grow up in a family where we were all interested in our dreams and often shared them at the breakfast table. This got me in the habit of watching for dreams and examining them. I also found that unless I consciously went over the dream in my mind immediately upon waking, I lost it within a few minutes. I’ve always tried to recall my dreams and spend a few minutes each morning examining exactly what went on in my dream world.

If you have the same dream or a slightly varying dream over and over for months or even years, pay attention to that. I have learned to pay very close attention to my mother when she says she has had a dream more than once. I have never seen one instance (and my mother is now 86) where it has not turned out that God was speaking through the dream in some way. A track record is a good barometer for confirmation even though you may have to wait a few years to establish it. That is also another good reason to begin to notice and keep track of your dreams.

A reoccurring or recurring dream may signal a warning from God about a life event or it may work to show the dreamer the state of something in their life. For instance, my mother dreamed for two full years that one of her children would be separated from their child for an extended period of time. This event did come to pass. I believe my mother’s prayers helped to prepare, soften and avert greater disaster in this situation.

In my own life, for years I had a reoccurring dream which centered on taking off in an airplane. Eventually I caught on to the themes in the dream and I spent much prayer and pondering for its meaning. Over time I came to realize that the dream was revealing part of the state of my life and something very deep that I was working through. Finally, the dream changed substantially and with deep relief I knew the issue had been worked to completion.

The only way to describe it is that this kind of dream is different. It has a different feel from the regular nightly run of dreams that you are used to. I have probably had less than ten of these dreams in my lifetime. It is a dream kicked up about 10 notches. Clear, rich, vibrant, unusual and very memorable. This is not the dream that you have to catch first thing in the morning before it quickly recedes and is out of reach. This is a dream you can’t forget. It may feel so important that it wakes you up. I’m not including nightmares in this explanation. They also may be quite startling and memorable but in a bad way. Nightmares may be from a demonic source but not always.

Another characteristic is that over time, it is still fresh. I can still recall such a dream that I had in about 1969. At the time I had no understanding that it was prophetic but I knew that it seemed realer than life. It was not until the late 1970s that I finally found out what it meant but the memory of it was still as clear. To this day I could still tell you almost every detail of it.

This is probably the way Joseph’s dream felt when he dreamed of the shafts of wheat bowing down to him in Genesis 37. When he awoke he knew this was different and he had a pretty good idea that God was speaking. His is also a case where the meaning of the dream did not become entirely clear or fulfilled for many years. Whenever the meaning of a dream is not entirely clear, put it on a shelf and wait. Eventually it will be exposed and if it is really from God, you will not have forgotten it.

Dreaming is one way that God speaks to us, probably more often than we realize. Some people appear to have prophetic dreams with greater frequency but this is not a special gift; God speaks to almost all of us this way. Developing sensitivity to our dream world is the first step to hearing properly. To do this we need to take notice, jot our dreams down, think about them and finally pray about them. Submit your dreams to the Lord and ask him what they mean and what to do with them, if anything.

To help you further I can suggest a few books that I feel are scriptural and trustworthy and that helped me as I became interested in how God was speaking to me through dreams. Our life should not revolve around dreams but neither should we ignore God when he is using this biblical means to communicate with us. Balance is always the key. Sweet dreams!

Exploring the World of Dreams (A Scriptural Guide to Hearing from God in the Night Season) by Benny Thomas, Whitaker House Publishing