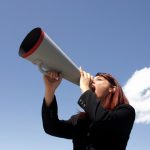 A Proverbs 31 Hero for Today

The old saying goes: “Man may work from sun to sun but woman’s work is never done.” Even most men nod in agreement with that proverb yet women often go one better: they feel guilty on top of it all. They always have a vague sense that if they were just a little more organized they could fit in at least two or three more projects.

An initial reading of Proverbs 31, “The Excellent Wife” scripture, confirms what they have known all along – they aren’t HER by any stretch of the imagination. After all, when does this woman sleep? “She rises also while it is still night” (Proverbs 31:15) and “Her lamp does not go out at night.” (Verse 17)

There is so much activity packed into these twenty two verses, no wonder the first verse wonders: “An excellent wife, who can find?”Is this for real? Is this what is expected of a godly woman? Was there a man back in those Old Testament days who could boast of actually having a Proverbs 31 wife or was the writer indulging in wishful thinking?

Does Proverbs 31 have anything of value to say to women of the second millennium? YES. These verses can actually provide encouragement rather than self flagellation. Starting with this: our Old Testament sister was quite modern herself.

I’ve often heard women try to emulate this “superhero” by taking up hand work such as embroidery (“she works with her hands in delight”) and sew their own clothes (“And her hands grasp the spindle”) and grow their own food (“she plants a vineyard”) and squeeze it all in around a full time job and raising children.

But what about this: she made and invested her own money (“She considers a field and buys it; from her earnings she plants a vineyard.”) She was an entrepreneur (“And supplies belts to the tradesmen.”) She was independent and self confident (“She senses that her gain is good.”) How is that so different from thousands of career women living all over the world right now?

Truthfully, in order to produce needed hope and encouragement, we need to catch the spirit of the Proverbs 31 woman instead of her workload. Trying to replicate all that she did will only produce an impossible treadmill and too many are already on one. So what is the heart of this excellent woman?

The Heart of the Matter

The Proverbs 31 woman appears not to be burdened with the guilt which many superwomen today can’t seem to escape. Is that because she was on top of everything; being so perfect and all? I think instead it is because she had a sense of her purpose and truly enjoyed fulfilling it. That’s why she could “smile at the future.” (Verse 25) People who do what they love or what they feel called to do, usually feel more exhilarated than tired at the end of a long day.

Yes, but what about women who aren’t doing what they love? Fine if you have an exciting career but what if you are doing what you HAVE to do in order to survive? There is a deeper career for each of us – no exceptions, than any life circumstance we may have. It is the call and purpose of God. Find it no matter what you do daily and you find a key to the spirit of Proverbs 31.

Here’s another insight into the success of this godly woman which all can follow without overload: she was trustworthy. That worked to her advantage, producing favor in all her relationships which in turn increased her satisfaction with life. Who doesn’t want to hear: “Her children rise up and bless her; her husband also, and he praises her.” (Verse 28) That sure goes a long way in relieving the burden of the maxim “but woman’s work is never done.”

Also, as mentioned before, our sister had confidence because she was competent. Her high self esteem was rooted in excellence. You don’t have to do it all but in whatever you do, let it be with a desire for excellence. Confidence goes a long way in contributing to a fruitful satisfying life in which “her works praise her in the gates”. (Verse 31)

There are many Proverbs 31 women living the good life today and it is not because they are slaves to their husbands and children. Nor is it because they desperately struggle being the superwomen our culture seems to expect.

This worthy woman from the book of Proverbs was not, in fact, an old fashioned chauvinistic anachronism. Rather, if we get to the heart of the matter, she might be considered a forerunner for our time.

“An excellent wife, who can find? For her worth is far above jewels. The heart of her husband trusts in her, she does him good and not evil all the days of her life. She looks for wool and flax, and works with her hands in delight. She is like merchant ships; she brings her food from afar. She rises also while it is still night, and gives food to her household, and portions to her maidens. She considers a field and buys it; from her earnings she plants a vineyard. She girds herself with strength, and makes her arms strong. She senses that her gain is good; her lamp does not go out at night. She stretches out her hands to the distaff, and her hands grasp the spindle. She extends her hand to the poor; and she stretches out her hands to the needy. She is not afraid of the snow for her household, for all her household are clothed with scarlet. She makes coverings for herself; her clothing is fine linen and purple. Her husband is known in the gates, when he sits among the elders of the land. She makes linen garments and sells them, and supplies belts to the tradesmen. Strength and dignity are her clothing, and she smiles at the future. She opens her mouth in wisdom, and the teaching of kindness is on her tongue. She looks well to the ways of her household, and does not eat the bread of idleness. Her children rise up and bless her; her husband also, and he praises her, saying: ‘Many daughters have done nobly, but you excel them all.’ Charm is deceitful and beauty is vain, but a woman who fears the Lord, she shall be praised. Give her the product of her hands, and let her works praise her in the gates.”