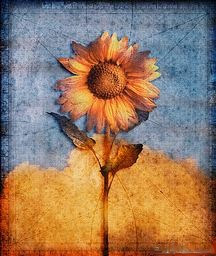 For the last twenty five years or so there has been a trend in parenting to build up a child’s self esteem. Let’s eliminate negatives and say only positive things to our children. It certainly sounds like the right thing to do; who could dispute it? Well, maybe the children themselves.

I saw an interesting news report recently about kids who have heard these kind of comments all their lives: “You’re the greatest!” “Wow – you are so talented!” “Nothing can stop your success!” They bought into it and saw themselves as a cut above their peers. They assumed college would be a breeze with as talented and wonderful as they were. But when they got to college they had a rude awakening.

One girl said; “I’ve really struggled because I found out there were lots of people more talented than me.” Another one had been told how great she was at her sport so she assumed everyone would recognize that in college. Now she says; “I kind of wish they would have been more realistic with me. I’m no where near as good as I was told. It’s been a big adjustment.”

Proverbs 28:23 says; “In the end, people appreciate frankness more than flattery.” And isn’t it actually a kind of flattery we are using when we pile hollow praises unto children who have to eventually grow up and join the “real world”? The truth is that the best self esteem is built on reality.

I have a feeling the young adults from the interview will raise their children somewhat differently; more frankness – less flattery. If they are loving and honest though, I’m sure their kids will grow up with plenty of self esteem.