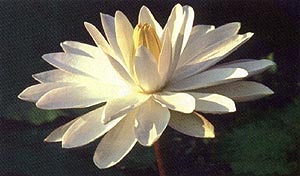 A mother’s love and compassion is legendary and there is a little known mother in the Bible who proves the point. We don’t even know her name and her story is usually told, not in celebration of her, but of King Solomon’s wisdom.

Two women bore sons three days apart but the second women’s baby died. She exchanged her dead son for the first woman’s live child during the night. In the morning the mother saw what had happened and appealed to the King for the return of her child.

Since Solomon could not tell who was telling the truth, his solution was; “Divide the living child in two, and give half to one, and half to the other” (1 Kings 3:25). The real mother responded; “O my lord, give her the living child, and by no means kill him” (Verse 26)! The other mother, with her own son already dead, agreed with the decision.

Ah ha! Solomon now knew who the real mother was and he returned her son to her. The heart of a real mother would rather give her child up to another woman than have it killed. Mothers have been sacrificing their own needs and wants in favor of the best interests of their children since time began. Many mothers have died protecting the life of their children.

If you want to see the tender compassionate heart of God, look at a mother’s heart.