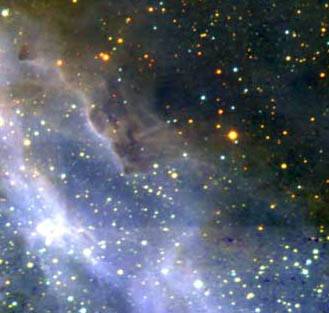 Isn’t it interesting how many mysteries are out there in the universe waiting to be solved? Especially in the scientific realm, new puzzles constantly pop up to be unraveled. For instance, have you heard about the exploding toads in Hamburg, Germany? More than 1000 toads have puffed up and then exploded in a particular pond and no one yet knows why. Every time they come up with a new theory it gets ruled out.

That reminds me of how intriguing God’s creation is and how much variety he has given us to chew on. It’s kind of like he has built in divine curiosity for us as human beings. We will never have it all figured out but we’ll keep trying to break the next barrier and uncover the next secret.

God has secrets in the natural realm and he has secrets in the supernatural realm as well. “The secret things belong to the Lord our God, but those things which are revealed belong to us and to our children forever, that we may do all the words of this law.” (Deuteronomy 29:29) We are invited here to press in to uncover God’s secrets while still acknowledging that there are some things he will hold to himself until eternity.

The scientists in Germany will probably eventually figure out why the toads are exploding. Then they will move on to a new challenge. You and I may eventually unlock some of God’s ways in our life but when we do, we will also move on to the next.

To give you a head start, chew on this: God’s secrets — that’s what keeps life interesting!