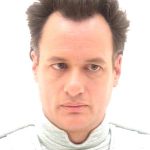 I have a friend who became a Christian at a young innocent time in her life. Later, through disappointment, she departed her walk with the Lord and fell into a pretty deep life of sin including promiscuity, mysticism and drugs. Finally she saw the light once more and returned fully to God.

The thing is, even though she was deeply repentant she wondered how she could have betrayed the Lord so blatantly. Her sins played over and over in her head until she sought God for some way to redeem her past. He answered her in a most interesting way.

An avid Star Trek fan, she was watching an episode in the Second Generation series which included Q, a being with supposed omnipotence. The star ship Captain, Jean-Luc Picard was lamenting to Q some terrible mistakes he had made in his life because of his temper. He wished he could go back and undo the results his anger had caused.

Q was able to make it happen. Suddenly Picard’s life played before him without his temper and the awful misdeeds. Something else changed too though. Without those “sins”, he never became star ship Captain nor had the impact he would have. It seems that his transgressions had helped to build his character and were integral to his best destiny.

Finally revelation flooded my friend’s heart. She could not go back – the past was the past. But she could allow God to redeem her sins by weaving them into a beautiful cloak of his grace, better than if she had never committed them. “But by the grace of God I am what I am, and His grace toward me was not in vain.” (1 Corinthians 15:10)

If you are struggling with guilt and remorse over your past, this Q is for you.