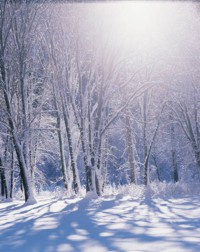 When my daughters were little they learned to snow ski. The instruction for beginners is always held on what they commonly call “bunny slopes.” They are gentle slow hills with very little danger or chance of major upset.

If you desire to begin tithing but are hesitating taking that leap of faith you might do well with the bunny slope approach. How does that work, you say? Well a tithe is ten percent so start with one percent and increase by one percent each month. You will be all the way there in less than a year.

The way you avoid that in tithing is to make the decision up front that you ARE going to tithe. “Sloping” is just your method of choice for getting there. If you haven’t made the decision in your heart you will continuously tell yourself that you will start next month or increase next month.

Don’t do it! Instead, fearlessly lean forward and push off. When you get to the bottom of the hill you will say; “Now that wasn’t so bad!” I would be remiss, though, not to tell you that upon completion you may actually want to move up to bigger, more exciting hills. The joys of “offerings” are only a ski lift away.

Let’s not get ahead of ourselves though. You can think about that later. Are you ready? On your mark! Get set! Go!