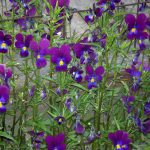 Here’s a great story illustrating the scripture: “Now faith is the assurance of things hoped for, the conviction of things not seen.” (Hebrews 11:1)

Rosann wanted children but was married to a man who adamantly didn’t. Grieved, she resigned herself but it was an especially bitter pill working in an OB-GYN office and seeing all the pregnant moms and newborns after delivery.

Her mother knew her heart and, without saying a word, began to pray that somehow, someway God would meet her daughter’s deepest desire. With time she felt that the answer to her prayer was assured so she began to take action on what she believed.

Quietly Rosann’s mother began to knit a complete baby layette in anticipation of her grandchild. Then she set it away in a drawer. She would watch to see how the God of the impossible would prove himself on their behalf. Years went by.

I listened as Rosann told the outcome to a women’s church group. She was expecting her first child at the time. It so happened that the husband who did not want children also decided after their twelve-year marriage that he didn’t want Rosann and left. A few years later the Lord beautifully wove her together with a man who had a pretty similar story to hers and children was at the heart of what they both wanted.

It was pure joy when Rosann’s mother’s faith paid off and she could give her daughter the gift she had knitted years before. Good thing too because an eye problem prevented her from any handwork now.

Do you have the assurance of something you’ve hoped for? Are you convicted of things you have not yet seen? That’s FAITH. Go ahead and start knitting.